Wing of Bea Metal Festival (WOB) is a free entrance Rock & Metal festival, taking place every year in Santhià (VC), a town in North Italy not far from Milan and Turin.

The festival was born in 2009 to celebrate the memory of Beatrice Bedon (Bea), a young girl from Santhià, who passed away in 2008 in a tragic car accident. The festival is organized by Bea’s parents to remember their daughter through Heavy Metal, the music she loved.

Year after year Maratona Rock has grown up: started as a one day concert of local bands, during the years it moved up to a three days open air festival, featuring, among the many, bands like Folkstone, Mpire of Evil and Chrome Division as headliners. 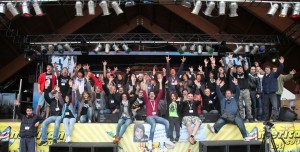 WOB is a 100% free event, financed by sponsors and with the services offered during the festival, like food, drinks, and merchandising. 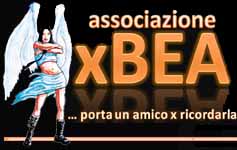 Maratona Rock is connected with the Association “xBea” (forBea), a no profit organization that promotes many charity events, locally focused helping the young in the community with donations to schools, associations, biblioteques etc. we also acted helping Italians people involved in dramatic events, like the strong earthquake which hit Central Italy in 2012 or the strong flood that affected some towns in Sardinia in 2014. 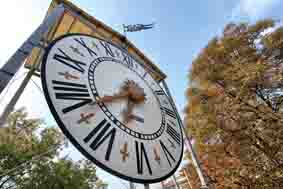 2012 Maratona Rock edition took place on April 28 and 29 and was a great success. With the earned money The Association xBea helped Italian people from Emilia Romagna, a region struck by a very strong earthquake with an important donation,

2013 edition took place on April 26-27-28 and the charity has been a continuation of the support to the eartquake municipality.

2014 action has been the rebuilding of the playgroud for an asylum and elemantary school in Uras, a town in Sardinia struck by a dramatic flood.

2015 donation has been an help to the public library of the local community with the set-up of  the new internet area equipped with 3 very high performances computer. The Internet room works has internet cafè with free access for local youngs and for the big community of immigrants escaped from Africa nd Middle East troubled countries, hosted in our municipality

Help us to make this beneficial live show become bigger and stronger, in memory of Bea. Like this page and keep the metal flame alive!